When Portability matters: with Sandisk portable SSD 510 and Profoto B1 and B2 Off Camera Flash.

Some images or projects are conceived way before they are commissioned; I usually have a preconceived idea or concept, or a storyboard when I create an image or series for a client.
But sometimes this idea comes way before the project itself. This series is a perfect example of how an amazing location and how the possibilities of something impossible trigger the creative in me. Then I just needed the right project to put that creativity into work. 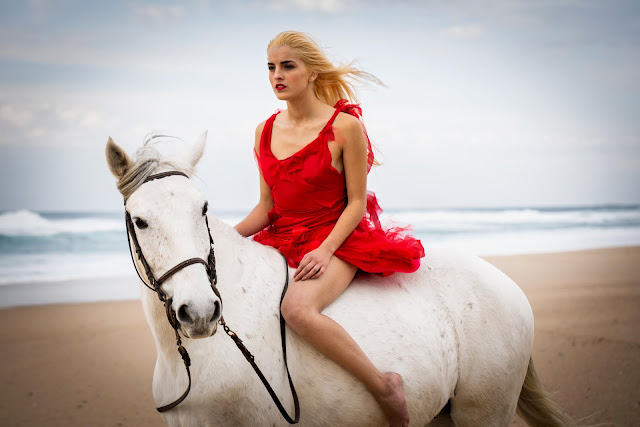 Allow me to explain that:
Last summer I was on vacation with my family. We visited the town of Nazaré, which is located 20 km away from where my family’s origin is from. It’s a town in the Oeste subregion and Leiria District, in Portugal. This place was very familiar to me — I remember visiting it for the first time as a kid with my sisters, parents and grandparents and I wanted to share the same experience with my nephews.
Nazaré has become a popular tourist attraction, advertising itself internationally as a picturesque seaside village. Located on the Atlantic coast, it has long sandy beaches and as I looked over the same beach where in November 2011, surfer Garrett McNamara, who resides in Hawaii and now also in Nazaré, surfed a record-breaking giant wave: 78 feet (23.8 m) from trough to crest. I noticed you could rent horses and ride them on the beach and there just aren’t that many places where this is possible. I remember commenting to my sister and mentioning I wanted to shoot there one day. 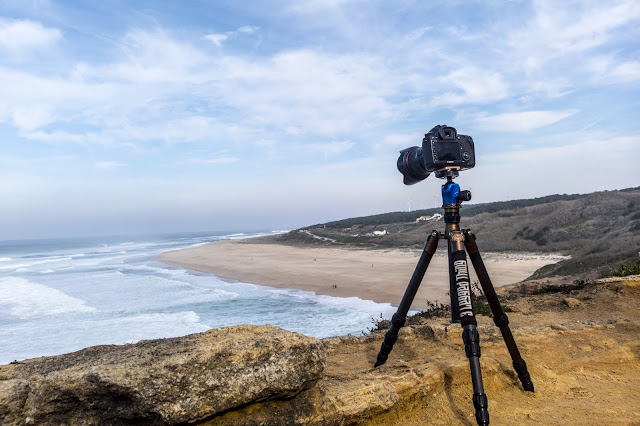 The view over the amazing beach.
A couple months later I get a call (yep, I still get those!). SanDisk were launching a new portable SSD and, as member of the Sandisk Extreme Team, they wanted me to test it out and create some content for the product launch at CES in Las Vegas. The brief was simple: show high performance in all terrain environment, portability and water resistance. This is when I say some images are created way before they are commissioned.
BTS SANDISK 510 ssd from JOAOCARLOSMEDIA on Vimeo.
As you can see on the BTS video, it was a very, very, windy day and that didn’t make my job any easier — reflectors were hard to handle, light stands had a hard time standing up, even with sandbags…and there was sand flying all over the place, which can be very annoying because it gets everywhere and can damage the gear. It was also hard for the model because all that wind can really mess up with the hair and make up and make the eyes very uncomfortable. 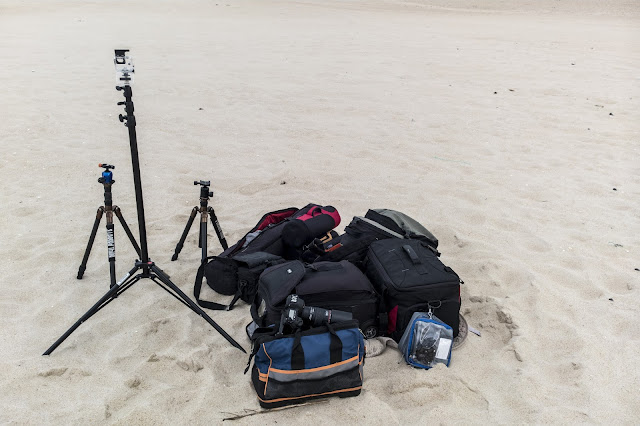 After a while, there was sand all over my gear and we actually took some of it back to the car to prevent it from getting damaged. 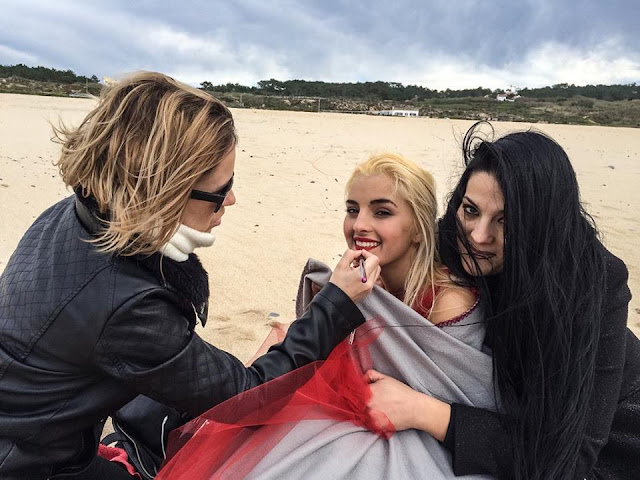 Retouching the make up also gets harder in strong winds. 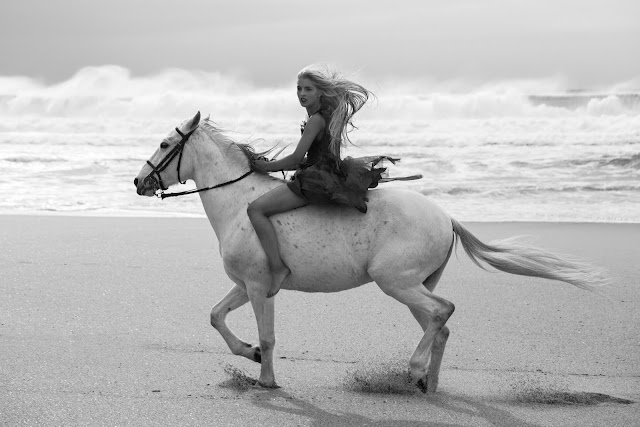 Our model did a great job fighting the wind and the sand. 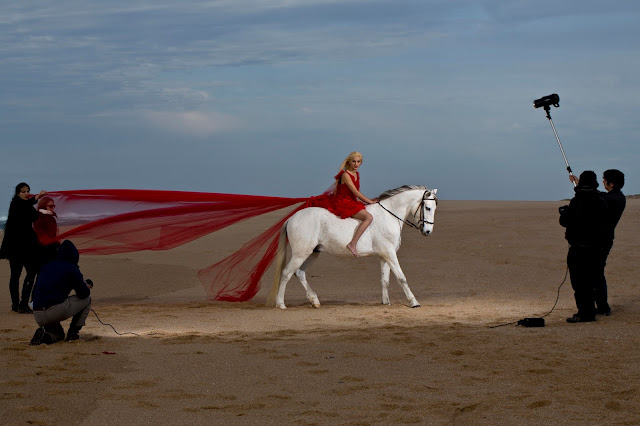 So I did what I had to do: I adapted myself to the environment. I lit everything with bare Profoto B1s and B2s held by my assistants (and the Sun, of course.) — this made sure my lights wouldn’t fall off from the stands, while minimizing the drag they produced (if I put a huge softbox over them, for instance, they would be much harder to hold in place with that wind). It also meant they could move around easily, which allowed me to move while shooting. And since I was shooting with the Fuji XT-1, weight wasn’t really a factor for me.
When all of that was set, I was actually able to use the wind to my advantage and create images with a very nice sense of movement. 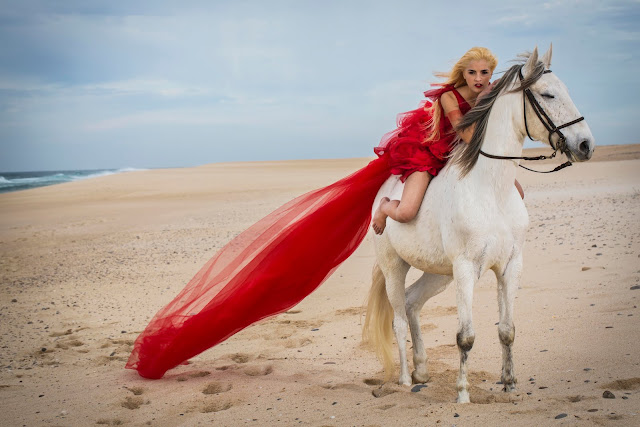 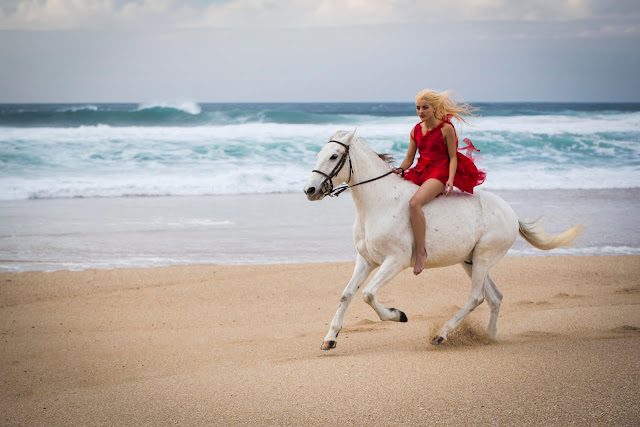 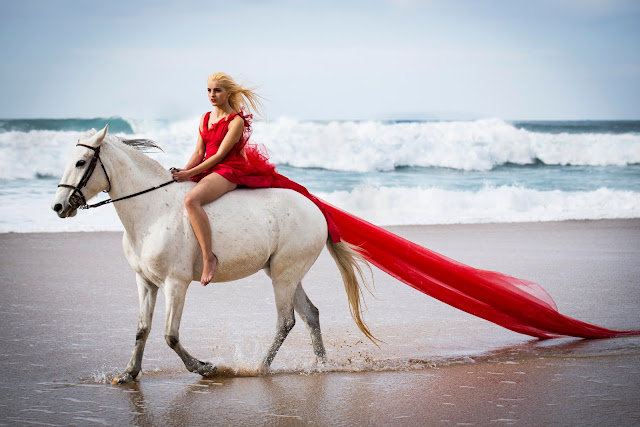 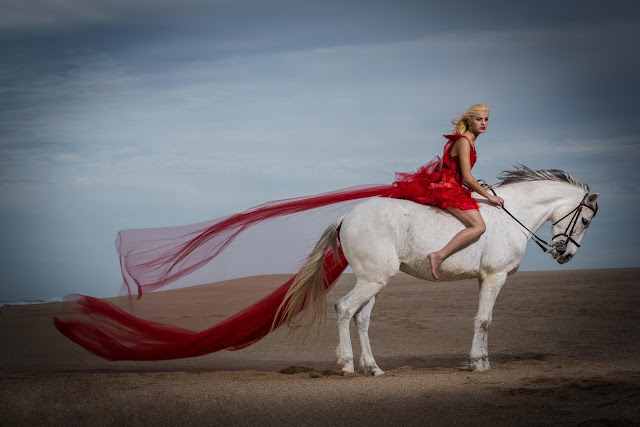 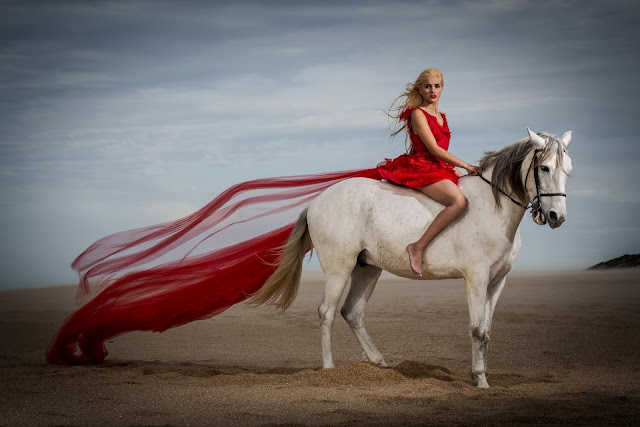 This kind of environment is, of course, not a problem for the SSD 510 since you can easily and safely use it anywhere — even on a windy beach like this one. 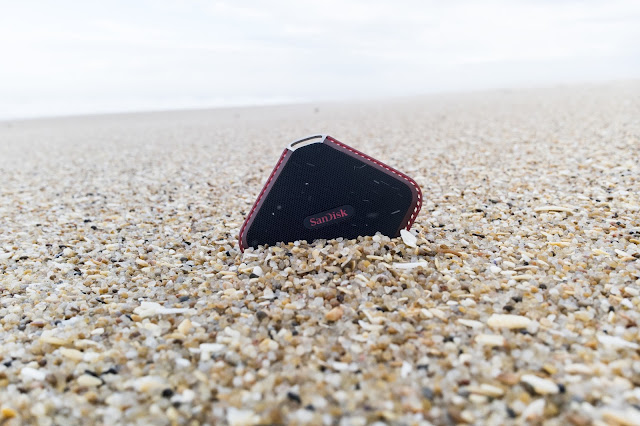 Dropped it in the sand? No problem, just pick it up and move on. Your data is still safe inside. 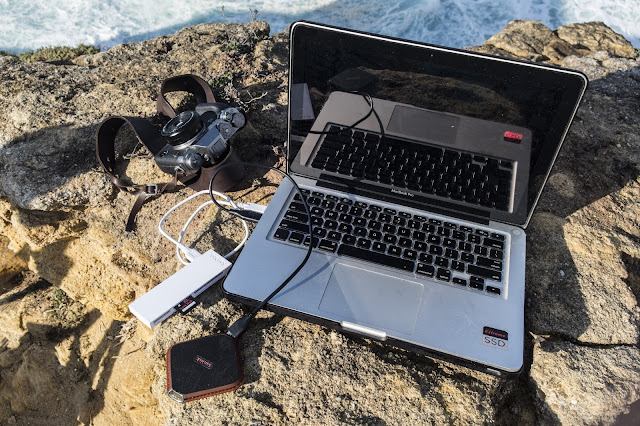 With the SSD 510 you can easily and quickly backup your files, wherever you are. 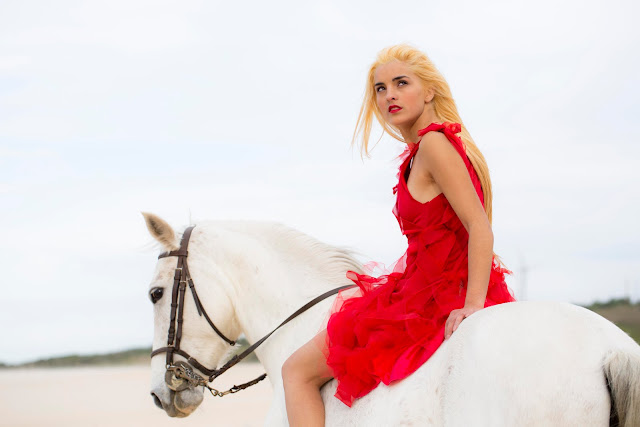 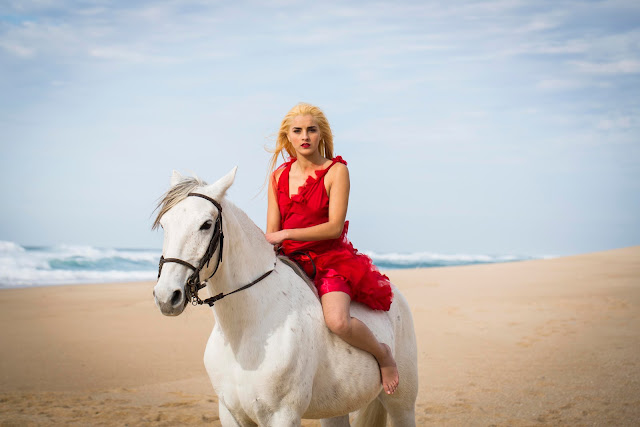 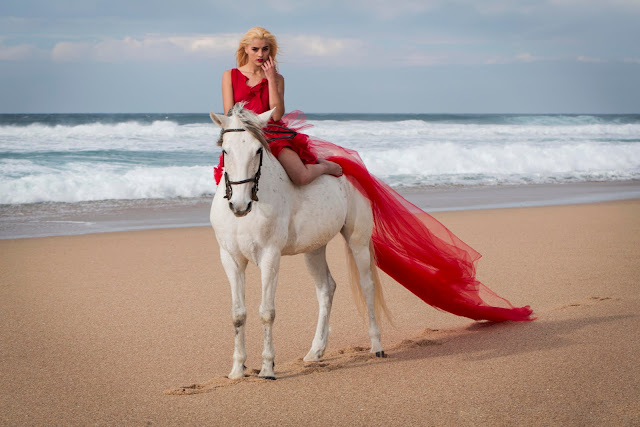 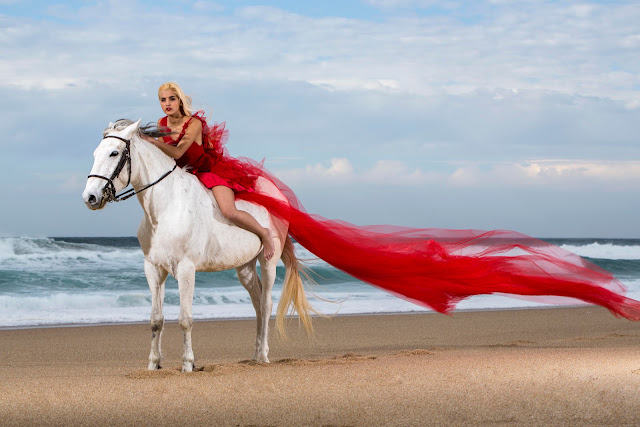 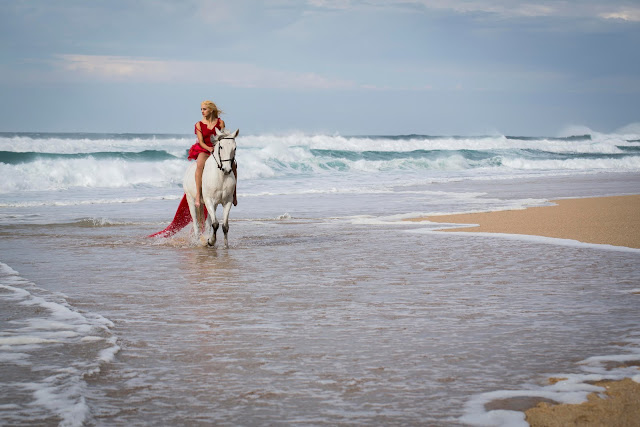 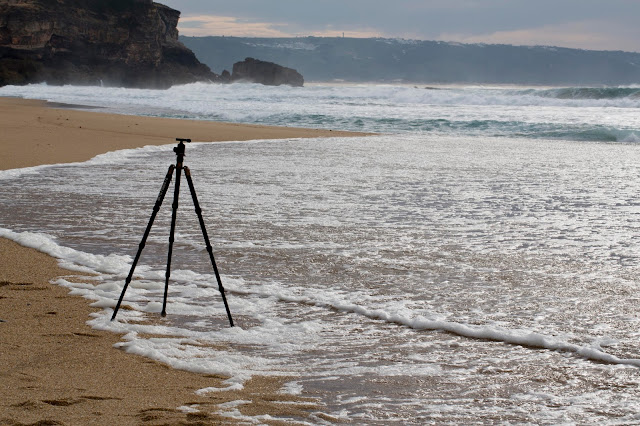 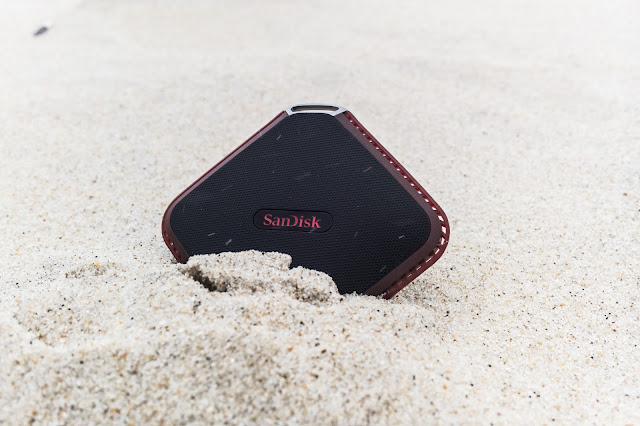 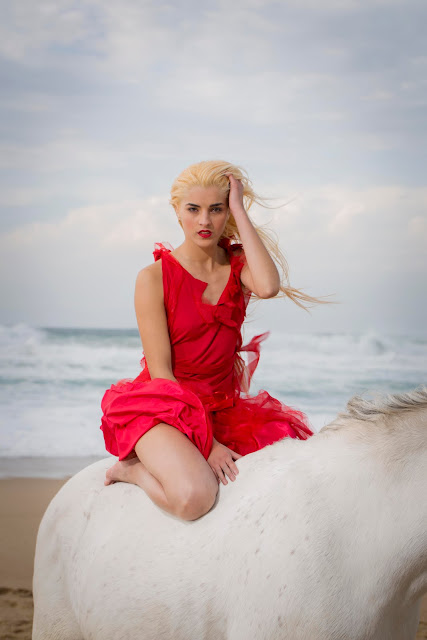 Make up and hair:

Behind the scenes video: