On set with the

Part One – The Film  Precision Tools

Working as a visual storyteller, both in stills and video, for nearly two decades, every day has been a new adventure. I enjoy the challenges of taking on a new and different subject matter at each shoot.

This short film is a result of this  partnership . A short film shot entirely on the Fujifilm XH-1 using Fuji standard X mount lenses . This gave me the perfect opportunity to film with the new Fujifilm X-H1  camera  giving me the chance to really test its versatility in a real-world working environment.

Take a  behind the scenes look into  Precision Tools .

Here  notice the Fuji Logo is taped up so that no one would find out what camera  I  was shooting with. Look how tiny the X100F looks next to the X-H1, also notice I have the BLACKRAPID  Cross Shot Lightweight Series.

…”In these situations, it’s crucial to have a fast and responsive camera.”…

That was definitely my first impression of the Fujifilm X-H1. I usually have a dedicated video and separate stills,  At first glance, the Fujifilm X-H1 looks like a cross between the X-T2 and GFX 50S cameras, and in practice, it handles a lot like that too.

The X- H1 is a serious bit of kit, especially with the VPB-X- H1 grip attached, being physically larger and heavier than the X-T2, and tougher too thanks to a newly reinforced body with a ribbed frame that’s 25% thicker than the X-T2.

It’s also weather sealed with 94 points, freeze-proof down to -10 degrees, has a larger heat-sink plate, and a more durable top coating than previous X series cameras.

One of the new Features of the X-H1  is the integrated five-axis image stabilization, my footage is nice and smooth.
The  X-H1 films at Cinema 4K recording in a 17.9 format.
I love that look and cinematic style!
The added F log gives me more latitude and full-color correction control during the color grading process, matching the quality levels I was aiming for.

Back in the day, I used to use and love the look of Fuji Films.  The color separation, the skin tones, the right amount of contrast were the exact ones for my kind of image.  So, I decided to test the in-camere ETERNA Film simulation mode’s.The cinematic and retro look was still there, making this a great option for a same day edit kind of job. The post-processing needed was minimal.

Watch the side, by comparison, FLOG  vs FLOG WITH ETERNA L.U.T  vs  ETERNA SIMULATION

Pictured below is the  X-H1 with, MKX50-135mm T2.9 it is the first full manual cinema lens to be compatible with the X Series interchangeable camera.

In the 35mm format equivalent, MKX50-135mmT2.9 covers a focal distance from 76mm to 206mm and achieves a constant T2.9* aperture across the entire zoom range, enabling a shallow depth of field as well as a beautiful bokeh effect.

The lens design is optimized for shooting videos as it minimizes focus shift and optical axis shift while zooming, and reduces lens breathing (the change of angle of view during focusing). The lens also features three rings to enable manual and independent operation of focus, zoom, and iris (aperture), all with the gear pitch** of 0.8M (module).

The focus rings can rotate fully up to 200 degrees to facilitate precise focusing. These features make the lens very comfortable and convenient to operate.

We mounted the Fujifilm X-H1 camera on a number of  Stabilizers like the  DJI Ronin M  and the MOZA Air 3-Axis Handheld Gimbal , I shot  some  handheld footage and also shot with the camera mounted on a Tripod.

The natural light was constantly changing and we added some extra  ARRI projectors to create the wanted look and mood,  In these situations, it’s important that your camera is fast and responsive.

You can also see how I position the flash and continuous light in almost the same position.

Side note I will cover the stills part of the shoot in a second dedicated post.

…”were using a relatively minimal amount of gear”…

As you can see from this behind the scene pictures  were using a relatively minimal amount of gear for the results obtained,  but we’re  Lighting  video with Ari continuous lighting we had about six 1000w heads   and  two LED Ice lights from Westcott you can see them hidden behind armchair  beside a hidden   ProFoto B2  portable Strobe I also have another set of B2  and B1X with  combining both lighting situations to create more interesting final results for my photography and at the Same time shoot separate video content with the reasonable smaller kit.

But this video gives you still a pretty good idea of the crazy amount of gear used.

The Location  –  “Hub Criativo do Beato”

My setting is an old industrial compound, one of the former “Manutenção Militar” (Military Maintenance) sites, which will now give place to the “Hub Criativo do Beato” (HCB – http://www.hubcriativobeato.com/), on the Tagus riverside in eastern Lisbon, in a former army factory complex, recognized for its industrial and architectural value.. The 35,000m2 distributed amongst 20 buildings are being renovated to house national and international entities in the areas of technology, innovation and creative industries, that call Lisbon an entrepreneurial open city and a world reference. 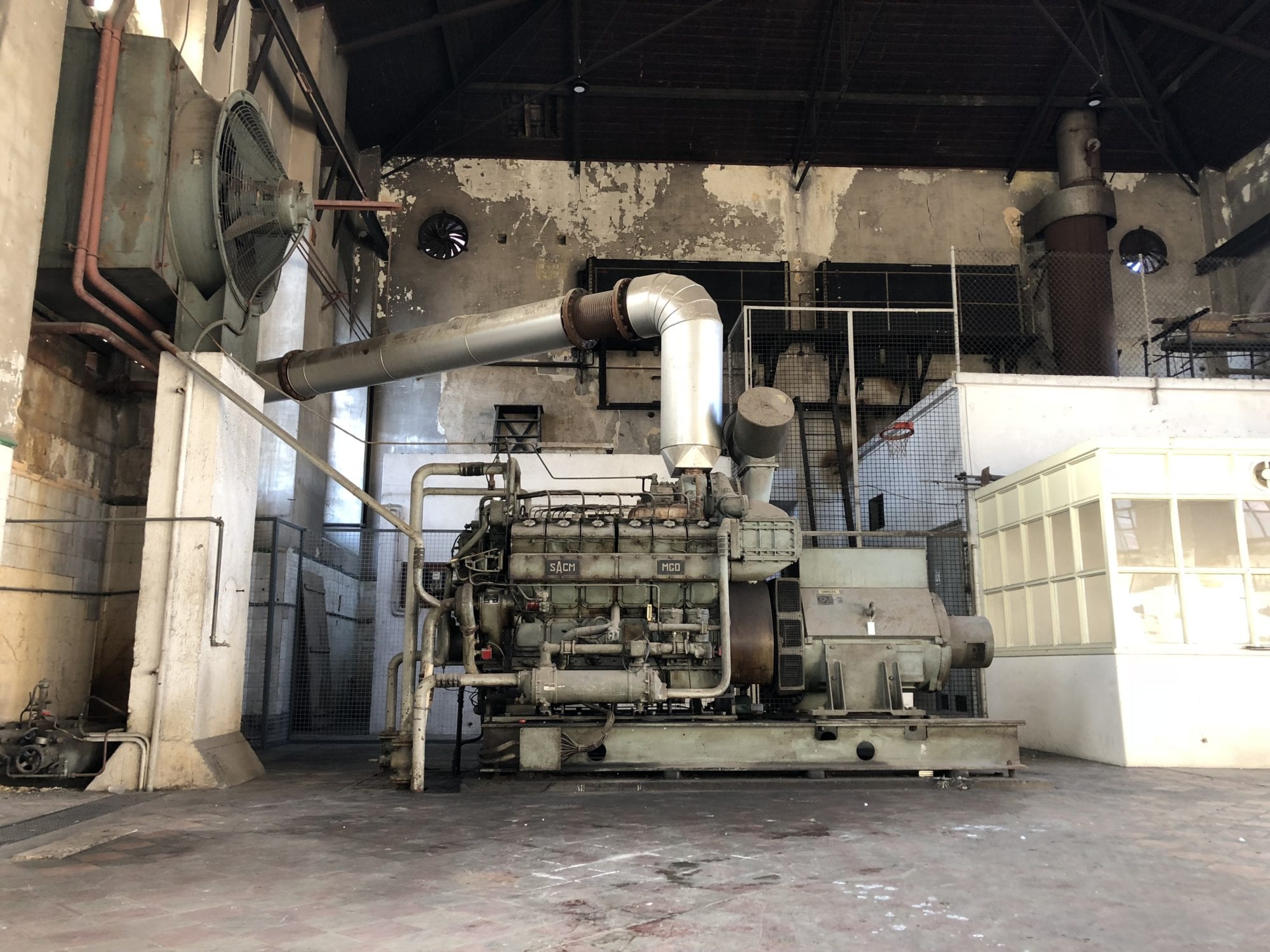 I took some stunning stills at maximum quality with the Fujifilm GFX-50s  and you can read that in Part TWO  of this post called “On set with the Fuji Film GFX 50S and Vintage Motorcycles Part Two – The Stills Precision Tools”.

Director  – Executive Producer  – DOP – Photographer  –  João Carlos  yeah I do allot around here, I think I need a secretary

Camera dop assist – Video editor- Color-Grading – Graphics  – Pedro Davim he does a lot of other stuff also, he needs a vacation.

Model – Club Member  Marina Oliveira she is cool and beautiful and bad ass.

Intern    – João Brás good luck scout out in the world,.

UniKue Studio for the furniture  and Mica Paprika

Bazar do Vídeo  and SR Abel Chaves for  technical support  I have been a customer for more than 15 year ,

Colorfoto  and Eduardo Lima for technical support they have been another close partner in my career.

Profoto for some of the lighting gear. always awesome

Innovafoto  for the technical support