Last week I was contacted to film a Actors Q&A and some Testimonials  of Alicia Keys New Play and Broadway debut as a producer : STICK FLY
I just took care of the visuals , but I hope to collaborate with them on some new projects  soon . If you have a chance this is a must see play , the cast is amazing and it truly awesome all around .
ALICIA KEYS presents STICK FLY, the critically-acclaimed play by LYDIA R. DIAMOND and directed by KENNY LEON, NOW PLAYING on Broadway at the Cort Theatre.***

ALICIA KEYS: “This is a story that everybody can relate to. I’m passionate about this play because it is so beautifully written and portrays Black America in a way that we don’t often get to see in entertainment. I know it will touch audiences who will find a piece of themselves somewhere inside this house.” 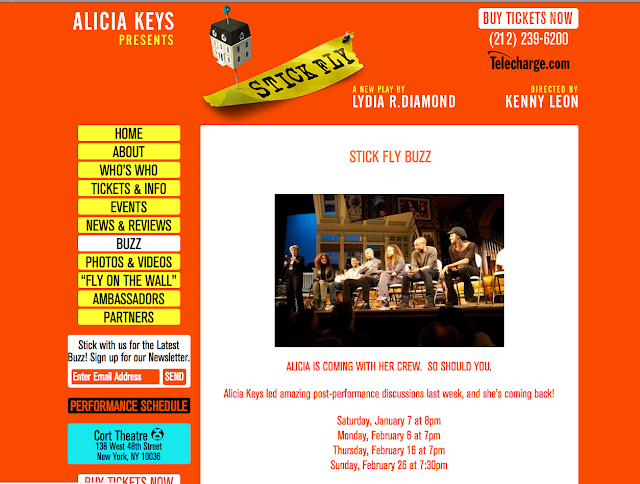 THE BIG PICTURE on BEING SUCCESSFUL