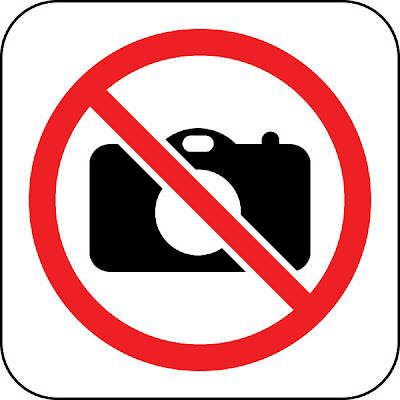 Everyday I wake up to a series of opportunities in my inbox. Everything from major advertising agencies to well established and emerging fashion magazines and even a top international modelling agency, who all LOVE, LOVE, LOVE my images and would very much like to work with me. They all flatter me and butter up my ego and then the punch line, after large creative briefs and the mentioning of super models and high end brands they get down to the nitty-gritty; The Budget. Or as is usual, the lack of budget.

So I have decided to post a video with award winning creative writer Harlan Ellison and a blog post from fellow photographer Tony Sleep. I hope you get my point by the end of this post.

I also have to plea to all my fellow photographers and creatives to stand your ground and don’t let people take advantge of you. I do think we should volunteer to help certain non-profits (but also remember, a lot of people working at non-profits are getting paid and often they earmark funds for speakers or for images. Schools, for example, often set aside funds for speakers and there’s nothing wrong with taking them).
The bottom line is you decide on who gets your time and talent for free.

Harlan Ellison is about the most brilliant sci-fi writer and possibly the most offensive person in the United States outside politics. But he’s always goddamned right. That’s what makes him so offensive! He rants and rants and rants, and you have to say, against your will, goddammit, he’s absolutely right.

And from photographer Tony Sleep:

“I receive an average of 2 proposals a week from people who have “no budget” for photographs. Book publishers, magazines, newspapers, charities, corporates and start-ups nowadays all believe that photos are cost free, or that they are doing me a favour by offering to use my work and giving me a byline.

I no longer reply to such inquiries except by linking to this text.

Let’s be clear about a few things:

“No budget” is a euphemism for “we think photographers are mugs”. This offensive interpretation can easily be verified by trying the phrase at your local restaurant, eg “I have no budget for dinner but I’d like to eat”. Adding a promise to tell all your friends where you ate will not deflect your head from the kerb as the manager throws you out.

Now imagine being a restaurant where most people who come through the door try this on. The answer is NO, and I am being excessively polite.

If you didn’t really mean it and your “no budget” claim was just an opening bid, the answer is still NO. I want nothing to do with greedy opportunists who try to commence a negotiation with a lie. You have already demonstrated you cannot be trusted. You probably won’t be honest about usage, and will try not to pay.

And if you were one of those promising lots of better, paid work later, if only I can help you out now, offer a contract else I’ll know you’re talking bullshit and the answer is of course NO.

You see I don’t want your stinking “exposure”, I want mutually beneficial, productive relationships with clients. I try to behave with integrity, honesty and fairness, and I expect clients will do likewise. Exposure is the end of that process, not a means. Similarly with bylines. I don’t require applause earned by being a sucker. If free matters more than good, ask someone else.

Like most people I work because I need to pay bills and support myself, my work and my family. The fact that I love what I do is why I have spent 40 years persevering whilst going without stuff most people take for granted. Vocation is not an invitation to disrespect.

Unsurprisingly I will not support parasitic business models that rely on exploiting photography, or me, to extinction. With very rare exceptions (small charities run by unpaid volunteers that I choose to support) I have no budget for subsidizing other peoples’ work and profitability. Supporting my own is next to impossible thanks to the current vogue for passing off exploitation as opportunity.

When I can afford it, I will drop a few quid into a charity box or give to a homeless person on the street. I regularly work for charities at a discounted rate. I look after baby birds that have fallen out of nests. I am a generous, kind and loving human being. But I make an exception for salaried beggars who ask me to stuff a bundle of tenners in their pocket. They just piss me off. Especially when they insult me by telling me my life’s work is jolly nice but worthless.

I have had the most amazing conversations with numerous chancers who think decent photos are just some sort of serendipity that they should be entitled to freely earn off because electrons don’t cost much. One woman, a CEO of a £3.3m/yr organization, explained that they like to use photos on their website because readers tell them that images communicate on a more accessible level than the text she commissions from her paid writers. So the value of photos was not in question. But she could not understand that perhaps she ought to use some of her £160,000 year website budget (I looked up their accounts on the web) to pay for photos. She could not understand that the photo she wanted to use only existed because I had invested time and money and learning in creating it. “Most photographers are happy to let us use their work for free”. Oh no they aren’t. They just didn’t go and look at her accounts and see that this woman was on £66k a year salary and ask why she didn’t work for the same rate she was shamelessly demanding.

Supply without payment is, of course, only viable for hobbyist photographers who don’t need an income from their photography. They have salaried jobs, pensions or private incomes, or perhaps suicidal romantic tendencies. I do not. They have a selfish attitude to destroying the sustainability of photography as a profession which they call “beating the pro’s at their own game”. Moreover a byline might appeal to their idiot vanity. I suggest you ask one of them. Alternatively find a new graduate or student to exploit – they are desperate and naive, and you have the opportunity to add to their crippling student debt by saving yourself a few quid.

If all this means you can’t source the images you want, that is just tough. I can’t source free cameras, computers, software, food, housing, fuel, either. If it’s all so damn easy and cheap, go and make your own photos.

If all this offends you, best stay away from mirrors too.”

Thank you Tony Sleep for letting me post this…