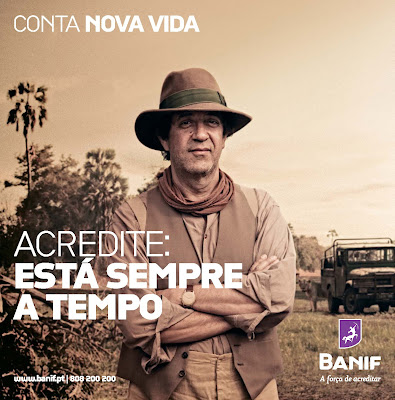 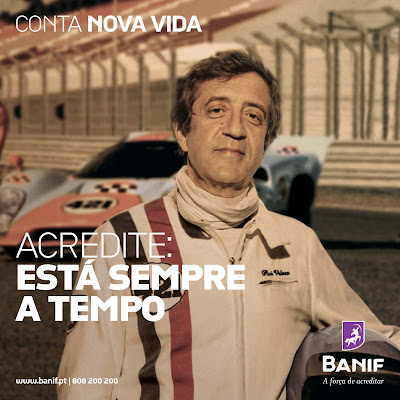 I was commissioned as the photographer for the new Banif ad campaign. The concept was to make a ‘bucket list’ with Portuguese singing sensation Rui Veloso, signifying that life doesn’t end at 50 or 60, but there are many adventures ahead.This image shows him living as a Steve McQueen inspired race-car pilot. Future images in the campain show Veloso as other adventuring personalities.

The campaign was shot in Portugal and Mocambique, for Banif’s website, windows, ads, billboards with the campaign to stretch out over a year. Here is the first released image, which is already receiving buzz on various sites like Briefing and Meios & Publicidade.
I shot many images of the tribe and the National Park and I intend to publish a book with this material. You can search the Blog for a sneak peak.
The Creativity for the campaign was conceived by Brandia Central
This Fantastic Production was a co Production between SniperShot and Miss Dolores
Post Production was conceived by Alexandre Garcia at Snipershot .
I have to say it has been a Pleasure and honor to work with the Fabulous trio of Sniper Shot , Nuno Mendes,Alexandre Garcia and Diogo Teixeira Lopes muito muito Obrigado . Thank you for your support and trust and all around amazing working relationship created between Snipershot Productions and Milkmanstudio.